Employees sometimes report accidents on their way to work. This generally results in an employee’s lateness to or absence from work being deemed excused. Employers are often unaware, however, that such notification carries additional obligations. Failures in this respect create the risk of the employee litigating with the employer to establish that such an event was an accident on the way to work. What should an employer do to protect themselves from such a risk?

Investigating the circumstances of the accident

The accident report should be drawn up no later than 14 days after notification of the accident and then given to the employee or a member of his family.

An incident should be considered an accident on the way to or from work if it:

In principle, the journey must be uninterrupted. It will be interrupted if an employee stops off on the way home from work to take care of personal matters, e.g. shopping. The journey will only remain uninterrupted for a break justified by necessity, the duration of which does not exceed the limits of need. For example, a short stop to rectify a minor car breakdown can be considered as such a break. However, if an employee takes care of business matters on the way to work e.g. a cashier goes to a bank to withdraw money, such a break will not prevent the event from being considered an accident on the way to work.

The route should also be the shortest available. The exception appears to be when the route is not the shortest, but it was the most convenient for transport reasons. Then, too, there are no grounds for refusing to deem the incident as an accident on the way to or from work.

The reporting of an accident on the way to or from work, in practice, often involves difficulties in establishing its circumstances. If an employee claims to have slipped on an icy pavement in front of his home on their return from work, for example, the employer will find it difficult to challenge this version of events. However, it should be borne in mind that such a qualification of the accident will only involve having to pay the employee sick pay being 100% of the salary (if the employee is unable to work due to the accident). Such an accident by definition takes place outside the workplace, so that it will not be justified for the employee to make any further claims for compensation from his employer. 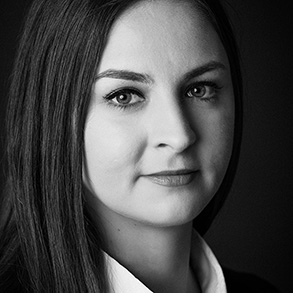