An employment contract performed entirely within Poland but concluded with an employer without a registered office in the EU, the EEA or Switzerland may not constitute grounds for mandatory Polish social insurance. This position was adopted by the Social Insurance Institution in an individual interpretation of Polish law.

The doubts involved the current wording of the Social Insurance System Act, under which employees, i.e. persons in an employment relationship, are subject to mandatory retirement and disability insurance. A consequence of this requirement is that they are also subject to sickness and accident insurance. But the former wording of Art. 7(3) of the Social Insurance System Act, in force prior to 1 January 2013, provided that Polish citizens performing work abroad for foreign entities were eligible for voluntary retirement and disability coverage, as were Polish citizens performing work for foreign entities in Poland if those entities did not have a registered office or representative office in Poland. That article was amended, and now Art. 7 of the act provides that the right to elect voluntary retirement and disability insurance extends to any persons who do not meet the conditions for mandatory coverage. According to the stated justification for the act amending Art. 7, the aim of the change was to expand the set of persons who are eligible for voluntary retirement and disability insurance, not to narrow that group.

The position taken by ZUS may seem surprising, because it is not based on a literal wording of the act, but instead refers to the historic wording of the act, backed by the legislative intent expressed in the justification for the amending act. Following this interpretation of the regulation could lead to the conclusion that entering into an employment contract with a foreign employer can sometimes generate savings in public charges (at the cost of receiving less insurance coverage). But this does not rule out a situation where such an employee is subject to the social insurance system in the country where the employer has its registered office—which should be checked in each case.

It should be borne in mind that such employees are eligible to elect voluntary coverage by the Polish social insurance system and pay premiums on this basis. But in the case of employers with their registered office in member states of the European Union or the European Economic Area, or Switzerland, the rules set forth in Regulation (EC) 883/2004 on the coordination of social security systems and Implementing Regulation (EC) 987/2009 must also be considered. 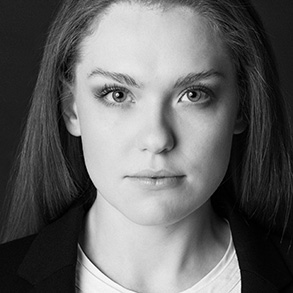