Given the nature of their function, management board members take key business decisions. They have access to confidential information, including trade secrets whose disclosure or misuse could expose the company to a loss.

Contractual penalty in the case of an employment contract

Provisions of labour law practically exclude the possibility of imposing security for the employer’s potential claims against the employee for improper performance of employment duties. The Supreme Court of Poland takes the position that the Labour Code (Art. 114–127) almost exhaustively regulates the grounds and rules for liability for material injury caused to the employer by the employee, and does not provide in this respect for security for employment claims. It is recognised that security for claims by the company against an employee is contrary to principles of labour law and thus impermissible.

The cases handed down by the Supreme Court have thus consistently denied the possibility of reserving a contractual penalty in an employment contract in the event of non-performance or improper performance of employment duties.

Security for claims for non-performance or improper performance by a management board member of an obligation to the company after the end of the employment relationship falls into a separate category. In practice, this primarily has to do with situations connected with the management board member’s violation of the duty to refrain from competitive activity after termination of employment, as well as the duty to maintain the confidentiality of the company’s affairs. In this respect, the rulings from the courts uniformly allow for inclusion of a contractual penalty in case the employee violates these obligations.

But when concluding a non-competition agreement for the period following the end of the employment relationship, the parties should take care that the contractual penalty provided in the event of the former employee’s breach of a non-competition agreement not be inflated. The contractual penalty which the employer is entitled to enforce against the former employee for infringing a ban on competition should not be grossly higher than the compensation payable to the management board member for refraining from competitive activity. Including a grossly overstated contractual penalty in the non-competition agreement, followed by a demand for payment of such an inflated amount, may give rise to a dispute between the company and the management board member and lead to a demand by the employee to reduce the penalty under Art. 484 §2 of the Civil Code in connection with Art. 300 of the Labour Code.

It is essential to note in this respect that pursuing damages exceeding the amount of the contractual penalty is permissible only when the parties have provided for this possibility.

Contractual penalty in a managerial contract

The validity of a contractual penalty provided for in a managerial contract is evaluated under general rules: in terms of compliance with regulations of law, the nature of the legal relationship, and principles of social policy (Civil Code Art. 3531).

Although a managerial contract offers greater freedom and flexibility in defining the rights and obligations of the parties, including the use of contractual penalties, it should be borne in mind that if the stated penalty is grossly inflated, the management board member will be entitled to seek a reduction of the penalty. 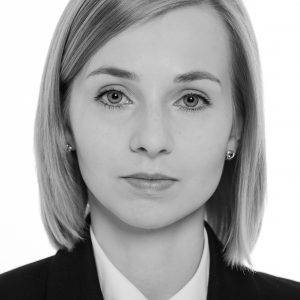