The beginning of 2022 will bring significant social security changes for both insured (employees) and payers (employers). These changes relate to the amendment of social security regulations, including the Act on cash benefits from social insurance in case of sickness and maternity (the Act of 24 June 2021 amending the Act on the social insurance system and some other acts), some of the provisions of which have already been in force since 18 September 2021

A particularly significant change concerns the method for calculating benefit periods and the right to sickness benefit. As of 1 January 2022, a single benefit period will cover all periods of incapacity to work if the interval between them is no longer than 60 days. It is important that it will not matter whether a subsequent incapacity to work is caused by the same illness or one different to the previous case. This change will certainly shorten the period during which sick pay is collected, in some cases and indeed significantly. The change is beneficial for employers. It might significantly reduce sickness absences among employees

On the other hand, if a subsequent incapacity to work was caused by a different illness than the previous one, one day’s break between incapacities was sufficient for a new benefit period to open. This opportunity was quite often used by employees to extend their incapacity to work. An amendment to the legislation will change this rule.

From 1 January 2022, it will no longer matter whether a subsequent incapacity is caused by the same or a different illness. To determine the benefit period, it will only be important that the break between the incapacities is no longer than 60 days. Therefore, if an employee falls ill after the break with a different illness than previously (within 60 days from the end of the previous incapacity), the period of incapacity after the break will be included in the same benefit period (it will not lead to the opening of a new benefit period, as now). The consequence of these changes will be to shorten the period in which insured persons receive sickness benefit.

The legislator has provided for exceptions to the above rule for pregnant women. The benefit period of the future mother will not include periods of incapacity to work which ensued before a break of no more than 60 days, if incapacity to work occurred during pregnancy after the break. In this case, a new benefit period will be opened, which may amount to a maximum of 270 days.

Reduction of the right to sickness benefit after termination of employment

According to the justification to the draft amending act, the proposed changes are aimed, among other things, at limiting abuses related to the use of sick leave, and thus the unjustified drawing of benefits (they are supposed to reduce the amount of benefits paid out by the Social Insurance Institution). The problem of excessive employee sick leave also affects a large proportion of employers. From the employer’s point of view, the new solutions, and in particular the change in the method for calculating the benefit period, are therefore of significant importance. The change will shorten the period over which an employee receives sick pay. It appears that this should, therefore, curb the numerous pathologies connected with the abuse of sick leave by employees. 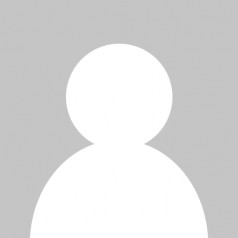