The reform of Poland’s Civil Procedure Code which entered into force on 7 November 2019 introduced changes in the separate procedure for labour-law cases, mostly deriving from changes in the general procedure.

As the institution of a preliminary session was introduced to the general procedure, the existing provisions on explanatory activities, contained in Art. 468 of the Civil Procedure Code, became unnecessary. As in other civil cases, a preliminary session will also be held in employment cases. But certain distinctions were drawn by the lawmakers. A party filing a pleading initiating a proceeding will be summoned to cure defects in the pleading only if the defects prevent the court from conducting a preliminary session (Art. 467 §31). To the extent necessary, any missing elements will be supplied during the preliminary session. If necessary, at the same session the evidence will be supplemented to include evidence admitted at the court’s own initiative, along with any other circumstances essential for quick and proper consideration of the case (Art. 467 §32).

Another amendment that will have an important practical impact is the possibility for the court to impose on the employer in the judgment ending the proceeding at the first instance an obligation to continuing employing the person until the legally final conclusion of the case (i.e. through an appeal), not only when the notice of termination of the employment contract has been held ineffective, but also if the employee has been reinstated at work (Art. 4772).

The parliament also introduced a deadline by which the session to hear the case on the merits should be held. This is one month from completion of the preliminary session, or if no preliminary session was held, six months after filing of the response to the statement of claim (Art. 471). This provision is instructive, and requires the court and the presiding judge only to take actions so that the guidelines can be fulfilled.

The question of which court is proper to hear labour-law cases has also been clarified. Because according to the drafters, under the current Labour Code, the notion of “workplace” cannot be understood to mean anywhere other than the place where the work is performed, there is no need to set aside the workplace as a separate jurisdictional link indicating which court is proper; it is sufficient for the place where the work is performed to serve as the link for determining the proper court (Art. 461 §1 of the Civil Procedure Code). 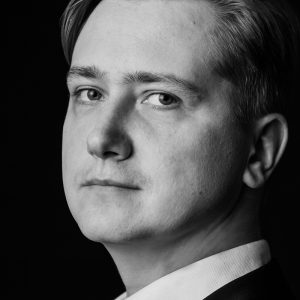