The shorter a regulation, the more questions and doubts it raises. And so it is in the case of Article 101(2) § 3 of the Labour Code, which regulates the minimum amount of compensation for a non-compete clause (or restrictive covenant) after employment termination. Compensation may not be lower than 25% of the remuneration the employee received before employment termination, for the duration of the competition ban. How this is interpreted is important.

Interestingly, the term ‘remuneration received’ used in this regulation does not appear anywhere else in the Labour Code. This phrase should be interpreted literally –  the remuneration actually received by the employee should be taken into account, and not the agreed remuneration (resulting from the employment contract and pay regulations). To determine the amount of compensation due to the employee, the rules for calculating holiday pay or cash equivalent for holiday leave do not apply either.

For the purpose of calculating the reference salary, the term ‘remuneration received’ is to be understood broadly. It includes basic salary, bonuses, commissions, allowances, overtime pay, etc. Holiday pay and sick pay will also be included in the reference pay. However, severance pay, payment in lieu of leave, allowances for business trips (per diems, lump sums for overnight stays) or payments from the company’s social-benefits fund should not be taken into account. There are also no uncertainties with regard to sick pay and maternity benefits – these should not be taken into account, but at the same time periods when these are drawn should not be included in the reference period, just as with unpaid leave, discussed below.

On the other hand, financial awards may be problematic given that in light of Supreme Court case law, awards do not constitute an element of remuneration, so one should be inclined not to take them into account when calculating the reference salary. It will not be obvious if the employer made deductions from the remuneration during the reference period, as referred to in Article 87 or 91 of the Labour Code. Although, following the literal wording in the regulation, it could be argued that the amount of remuneration reduced by the deductions made should be taken into account. However, it would be more appropriate to take into account its full amount before the deductions were made – as the fact of making deductions does not affect the amount of remuneration paid by the employer.

For some time, there have been doubts as to whether wages ‘received’ should be understood as net wages (as actually received by the employee in the literal sense) or whether gross wages should be taken into account. However, there is now no longer any doubt that the latter interpretation is correct, and therefore the gross amounts are relevant.

Period of employment to be taken into account in calculating compensation

A second source of doubt arises from the part of the provision in question referring to “the period corresponding to the duration of the non-compete clause”. Although it does not directly follow from the provision, there is no doubt that generally it refers to the period immediately preceding employment termination. In practice, a problem arises when an employee takes unpaid leave during that period (or receives benefits such as sick pay). A question arises as to whether this should result in payment of lower compensation, or in extreme cases – where there was no payment – no compensation either. Considering the guarantee function of this benefit, the period of unpaid leave should not be taken into account when calculating the reference salary. Therefore, if an employee has for example, taken unpaid leave for the last six months of employment, then the period taken into account to calculate the reference salary should be calculated backwards from the day before the start of the leave (that is only the period during which the employee was paid should be taken into account).

How compensation is determined in the contract

Although the parties are free to determine the compensation amount, it is most often determined by including provisions in the agreement that reflect the subject provision of the Labour Code. However, there are no legal obstacles to determine the amount of the compensation differently. This may be done either by establishing an algorithm for calculating it (referring, for example, to a specific part of the basic remuneration), or by indicating a specific amount. In both cases, however, it should be borne in mind that if it turns out that the compensation calculated in this way is lower than the statutory minimum, the employee will be able to claim the difference from the employer.

In the context of freedom to determine compensation for a non-compete clause, a question may arise as to its maximum amount. In view of the lack of provisions that would directly regulate this issue, it should be concluded that in principle there is no upper limit for the compensation amount, particularly in private entities. In public entities – in accordance with Supreme Court case law – the amount of benefit due to employees may be assessed in light of social-policy rules.

Consequences of unlawful determination of compensation

It is also worth noting the consequences of:

None of these situations leads to the contract being declared null and void; they do, however, result in a modification, by operation of law, of the provisions concerning compensation – the employee will be entitled to remuneration in the minimum amount guaranteed by the provisions of the Labour Code. 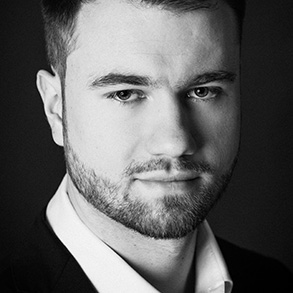