Protection of all categories of staff, including job candidates and former employees. A broad range of infringements subject to reporting. Protection of whistleblowers against all retaliatory measures, including defamation suits. A duty to establish internal whistleblowing procedures. These are just a few of the points included in the guidelines for the bill implementing the EU’s Whistleblower Directive.

Last week the guidelines for a bill implementing the Whistleblower Directive ((EU) 2019/1937) were published in the list of legislative work being taken up by the Polish Council of Ministers. The bill is expected to be adopted by the government and circulated for consultation in the 4th quarter of 2021, which means that it is unlikely that the 17 December 2021 deadline for implementing the directive will be met.

The directive is to be implemented through a separate act (not amendment of existing laws), supplementing existing regulations and procedures, including those already in force in the financial sector.

Who will be protected as a whistleblower?

Protection against any retaliation is to be granted to all individuals making a report or disclosing confidential information who have a justified suspicion of a breach of law and obtained knowledge of the breach in connection with their work.

Protection is also to be granted to persons connected with the whistleblower, assisting in reporting (such as family members of whistleblowers).

The scope of infringements that could be subject to whistleblowing under the Polish act would be broader than specified in the EU directive. The proposed Polish regulations would apply to:

Protection against retaliation—what does it mean?

Whistleblowers are to be protected against any retaliation or unfavourable treatment for making a report or disclosing information, including:

Measures aimed at terminating the legal relationship due to whistleblowing are to be deemed null and void, and provisions of contracts or internal policies directly or indirectly excluding or limiting the right to report infringements are be deemed invalid.

In the event of retaliation, whistleblowers are to be entitled to claim damages equal to at least the national minimum wage (in 2022, PLN 3,010 gross per month). The organisation would bear the burden of proving that the actions taken against the whistleblower were not retaliatory.

Protection is to be granted to whistleblowers making a report in good faith (i.e. with justified grounds for believing that the disclosed information on infringement is true at the time of the report or disclosure) using internal (workplace) channels or external channels (via the competent public authorities), or through public disclosure.

This requirement to exhaust established reporting channels before going public would not apply if:

Internal reporting channels—who must establish them?

Every organisation (from the public or private sector) employing at least 50 people would be required to adopt internal whistleblowing procedures and policies. This obligation would apply to financial sector institutions irrespective of their employment level. For other organisations, adoption of whistleblowing procedures and policies would be voluntary.

The proposed Polish act would set minimum requirements for whistleblowing procedures, including with respect to:

The adopted measures would need to be agreed upon with employee representatives.

When the government publishes the actual bill to implement the Whistleblower Directive, we will report on further details of the planned legal changes and the progress of work on the legislation on an ongoing basis. 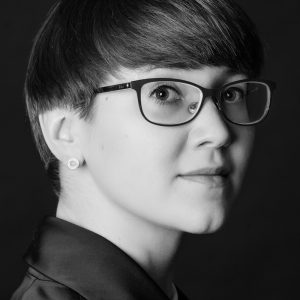