A common phenomenon on the Polish labour market is for an employee to establish an individual business and then pass from an employment contract to a cooperation agreement between business entities (B2B contract). But when deciding to modify their form of cooperation, the parties must ensure that the new legal relationship is framed in compliance with its proper classification.

A B2B cooperation contract in place of an employment contract offers a range of potential advantages, for both employer and employee.

The employer is relieved of the obligations of a remitter of the employee’s income tax and social insurance contributions, but can deduct VAT on the services provided under the B2B contract. The self-employed service provider obtains greater freedom and can deduct many expenses connected with operation of a business (e.g. car, telephone, and office equipment), but can also obtain higher earnings because the former employer agreeing to this move reduces its costs. This solution is also attractive under the Business Constitution package of acts introduced in 2018 with the aim of facilitating business operations. (According to data presented by the Ministry of Finance, a year after introduction of the Business Constitution, the number of sole traders registered grew by 4% year-on-year. But there is no data on how many of these new business operators were previously employed by their clients.)

Nonetheless, when the parties decide to change their form of cooperation, they should be aware of the risk of reclassification of the civil contract into an employment contract, which depends on the factual circumstances concerning how the work or services are performed.

A particularly noteworthy ruling in this area is the Supreme Court of Poland judgment of 24 June 2015 (case no. II PK 189/14), in which a panel of judges held that the form of cooperation between a sole trader and his client in fact represented a hidden form of regular employment. There the court took the view that the performance of work of a specified type for the client, under the client’s direction, for a fee, at a time and place strictly defined by the client, suffices to find the existence of an employment relationship.

The risk of reclassification appears to be even greater in the context of the “business operator’s test” announced by the Ministry of Finance. It would implement a mechanism for verifying B2B contracts enabling the tax authorities to distinguish true business operators from persons who only formally operate a business, while the actual manner in which they serve their clients does not differ from an employment relationship. One of the elements to be used to identify fictitious self-employment is that the individual provides services for only one client and issues one invoice every month.

Ultimately this test was not adopted, but the ministry still declares that it will seek more effective enforcement of the existing regulations in order to separate true business operators from employees who are only formally structured as businesses. In the ministry’s view, the Personal Income Tax Act also contains solutions aimed at eliminating abuses of self-employment.

These criteria can be further supported by the classification criteria set forth in Art. 5b(1) of the PIT Act, which contains a “negative definition” of business activity and functions as a kind of “business operator’s test.” Under that provision, activities are deemed not to constitute non-agricultural business activity if the following conditions are all met:

In short, the main features of an employment relationship, as statutorily defined, are direction by the employer, subordination, personal performance of a specified type of work at a place and time designated by the employer, compensation payable in regular intervals, and that the person performing the work does not carry the economic risk associated with the activities he performs.

The assessment of the legal nature of the relationship between the parties is also influenced by the fact of performance by the self-employed person of work that does not differ from the work he previously performed, involving the same tasks for the same employer, except under a B2B contract (see Supreme Court judgment of 17 May 2016, case no. I PK 139/15).

Self-employed person must be independent

Undoubtedly, to limit the risk of reclassification of a cooperation agreement with an individual business operator as employment, the contract should eliminate at least one of the elements characteristic of an employment relationship. The change in the form of cooperation must be tied to an actual change in the scope of responsibility and greater flexibility in the working rules for the person providing services. First and foremost, the self-employed person must obtain independence in performing assigned tasks. According to the Supreme Court, it is the employee’s subordination to the employer that is regarded as the main feature distinguishing employment from other contractual relationships (see Supreme Court judgment of 16 May 2019, case no. II PK 27/18).

A similar position has been taken recently by the tax authorities. In an individual tax interpretation of 4 July 2019 (no. 0114-KDIP3-1.4011.239.2019.2.MJ), the tax office found that under the state of facts presented, the self-employed person could pay tax as a business operator even though he had only one client and maintained rights and obligations similar to an employment relationship (e.g. performing work from Monday to Friday, 9 am to 5 pm, reimbursement of work-related costs, days off, equivalent for unused holiday, and sick pay). This was because under the contract with the company, he bore the economic risk for the services he provided to the company, and was not subordinated to it, and under the PIT Act this indicated that his status was a business operator.

Is the parties’ intent decisive?

However, if the contract has equally strong properties characteristic of both employment and a B2B relationship, the type of contract will be determined by the mutual intent of the parties and the aim of the contract, which may also (but not necessarily) be expressed by the name of the contract. But it is not only the wording of the contract that is considered, but first and foremost the manner of performance. A consideration of the circumstances surrounding conclusion of the contract may also be helpful (see e.g. Supreme Court judgment of 29 November 2017, case no. I PK 358/16). This position points to a fairly liberal view by the courts on the issue of a change in classification of a contract, placing great weight on the actual intent of the parties, guiding them in concluding the contract, but only if the features of both types of contract are equally balanced.

This means that in the event of doubt whether a contract is an employment contract or a B2B contract, it should be determined which features predominate in the content and method of performance. Only if the features of both types of relationships are equally strong will the intent of the parties be decisive.

Reclassification of a civil contract as an employment contract carries a range of possible consequences for both the employer and the employee.

Moreover, if it is found that the relationship between the parties was that of employee/employer, the employer’s action will constitute a petty offence punishable by a fine of PLN 1,000–30,000, and the employee will be entitled to claim employee benefits (in particular, overtime pay and annual leave retroactively for a period of up to three years).

The self-employed person also faces financial consequences. Reclassification of a B2B contract as an employment contract could result in a finding that the person performing the work had no right to deduct from his income the costs connected with conducting business activity, or to deduct the VAT on goods and services acquired for purposes of his business. Consequently, there may be irregularities in the VAT settlement of transactions and the need to pay overdue personal income tax.

In short, parties deciding to change employment into B2B cooperation should carefully consider the pros and cons and review the terms of their cooperation. Contrary to the liberal direction in the rulings from the courts in this area, redoubling of initiatives may be expected on the part of the tax and social insurance authorities, who despite failure to adopt the “business operator’s test” still have instruments at their disposal to monitor self-employment. The very fact that an individual business operator provides services to a former employer increases the risk of reclassification of their B2B contract. 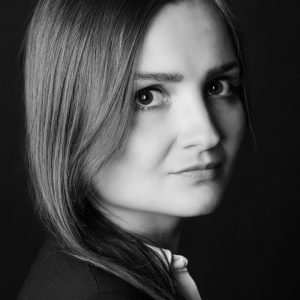