A condition for calling a strike in a collective labour dispute is to obtain the approval of the employees through a strike referendum. The Act on Resolution of Collective Disputes gives only limited indications of the rules under which such a referendum should be conducted.

Under the Act on Resolution of Collective Disputes, a workplace strike is announced by a trade union after obtaining the consent of a majority of the voting employees, when those taking part in the vote include at least 50% of the employees at the workplace and persons referred to in Art. 11(1) of the Trade Unions Act of 23 May 1991, i.e. persons performing gainful work other than employees (these include for example service providers or persons operating a single-person business entity).

It may be wondered whether the thresholds in the number of employees who must vote in support of a strike are too low. In extreme instances it may turn out that to hold a strike, it is sufficient for 25% of the employees to vote in favour of the strike. Thus a strike could happen in a situation where a majority of employees and other workers see no purpose in ceasing to perform work. Consequently, a strike could be misused, not as a means to achieve agreement but as leverage to force the employer to meet the demands of a minority of employees contrary to the wishes of a majority of the workforce. The requirement for at least 50% of the employees and other workers to take part in the voting was intended to eliminate the risk of a strike being called in a case where the majority of the staff are opposed.

The position that voting must be held only among the employees who are involved in a collective dispute should be rejected. Proponents of this view argue that adopting a different interpretation (based for example on the Act on Resolution of Collective Disputes) would strip employees of the ability to use the threat of a strike as an important mechanism for exerting pressure in situations where most of the workforce are not interested in the demands at issue in the collective dispute. However, the validity of the counterargument cannot be denied, that adopting this solution could cause too great an injury to persons who are not interested in pursuing a dispute with the employer, as a tiny group of employees could paralyse the entire workplace.

It may be considered whether in determining which portion of the employees take part in the voting, employees who are absent (due to unpaid leave, maternity leave, or unfitness to work) should be counted. In my own view, such persons should also be considered when calculating the quorum. Even though they are absent, the strike could affect them, and thus they should not be overlooked when deciding on calling a strike, particularly considering that the Act on Resolution of Collective Disputes does not expressly deprive such persons of the right to vote in a strike referendum.

The regulations do not specify the procedure and rules for conducting a strike referendum. It should be accepted that the announcement of the referendum should be made in such a manner that all employees are aware that a referendum will be held as well as the date and place of voting. This provides an additional protection against abuses and calling of a strike contrary to the wishes of a majority of the staff. The position stated by the Supreme Court of Poland should be mentioned in this regard: “A trade union has the right to call and conduct a strike only with the consent of a majority of the voting workers, and overstepping these bounds is subject to the sanction set forth in Art. 26(2) of the Act [on Resolution of Collective Disputes]. The right to strike is thus a right of the workers, and not of the union, and a trade union cannot hold a strike without a decision of those entitled to vote” (judgment of 17 February 2005, Case II PK 217/04).

The act does not specify the time when the referendum should be held, but it may be concluded from Art. 20(3) of the act that it should occur at least 5 days before commencement of the strike. This means that the strike referendum may be held at a time when negotiations or mediation is being conducted.

Voting on a motion to hold a strike may be conducted in any manner. In particular, the vote does not have to be confidential. However, as the Supreme Court has held, although the manner of conducting the referendum is an internal matter for the trade union, it must not be organised in a manner preventing the employees from freely expressing their wishes, e.g. by pressuring the voters or falsifying the results (judgment of 7 February 2007, Case I PK 209/06). In light of this, the possibility of conducting a referendum with open, non-confidential voting should be viewed critically, as this manner of voting gives rise to a risk of exerting pressure on the voters and depriving them of complete decision-making freedom.

There are no regulations indicating how long the referendum can or should last. Undoubtedly, the referendum should be scheduled so that all workers have an opportunity to vote. Thus it should be considered admissible for a referendum to last for several days, or even a week or more. However, the practice of conducting a strike referendum over the course of several months, until the number of votes required by the act has been reached, is controversial. Although technically this approach is not prohibited, the court may find that a referendum conducted in this manner is ineffective, because the situation raises serious doubts whether the workers who voted in the first phase of the referendum still maintain the same position months later. Workers who voted against the strike or changed their minds during the course of such a long referendum may feel that they are injured when a strike is subsequently declared. This can build tension between workers and hinder the conclusion of the collective dispute.

Even though not expressly provided in the Act on Resolution of Collective Disputes, it should be recognised that the court is entitled to examine the correctness of how the referendum was conducted during the course of the proceeding which is required to determine whether the strike was lawful. However, no right to verify the results of the strike referendum is vested in the employer. This solution should be viewed critically as, for several reasons, it does not foster the building of social concord. First, the inability to verify whether the announced results of the referendum are accurate can raise doubts on the part of the employer, thus eroding trust between the parties to the collective dispute. Second, the absence of independent oversight may give rise to a sense of impunity on the part of union activists and encourage abuses on their part. For these reasons, it would be worthwhile to introduce a mechanism enabling the employer to request an independent body to review the correctness of the procedure for calling a strike, particularly the procedure followed in conducting the strike referendum. 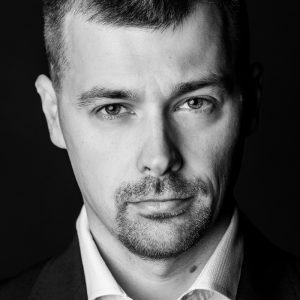