We represent a former employee of the Rzeszów branch of Polish Radio in a dispute alleging discrimination by her employer and appealing against her dismissal. After airing an unfavourable comment by a listener on President Andrzej Duda, the journalist was removed from a live radio show. Immediately after the event, a number of measures were taken against the journalist, including refusal to approve her request to conduct classes at a college or attend a professional conference. Her health suffered due to these actions and her salary was significantly reduced. Ultimately her employment was terminated on disciplinary grounds. We are pursuing the case as part of the Article 32 programme of the Helsinki Foundation for Human Rights, which is aimed at combatting discrimination and promoting principles of equal treatment.

We provided legal support for the Rodzić po Ludzku (“Humane Birthing”) Foundation, advising on operation of their portal gdzierodzic.info, a site for exchange of information on the quality and standards of obstetrics care at hospitals and clinics, helping to improve healthcare standards. 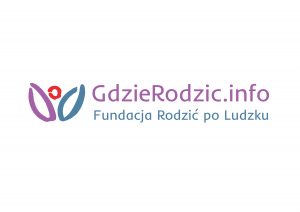 Also in cooperation with the Helsinki Foundation for Human Rights, we represented three journalists from a Polish public radio station in court proceedings challenging their disciplinary termination. The fired journalists were legally protected trade union activists. They were fired when, to support journalists from Polish Radio 3 removed from the air, they became involved in the social media campaign on silenced journalists, #kogoniesłychać. The cases were conducted as part of the foundation’s Free Media Observatory programme, devoted to monitoring the protection of freedom of expression in Poland and instances of infringement.

We represent a trade union activist fighting for employee rights who was fired from his job. One of the main grounds stated for termination was wearing his working clothes outside of the workplace—during a protest against infringement of employee rights. We are leading the case under the Article 32 programme of the Helsinki Foundation for Human Rights, aimed at combating discrimination and promoting equal treatment.