After amendment of the Unfair Competition Act, should a nondisclosure obligation be provided explicitly in an employment contract for when an employee leaves?

The deadline for implementation of the Trade Secrets Directive (2016/943) was 9 June 2018. The directive sets a minimum standard for protection of trade secrets as a tool for management of competitiveness and innovation. To implement the directive in Poland, the Act of 5 July 2018 Amending the Unfair Competition Act and Certain Other Acts entered into force on 4 September 2018.

Among other things, the amending act changed the wording of Art. 11 of the Unfair Competition Act of 16 April 1993, mainly regarding the definition of a trade secret and criteria for classifying an action as an act of unfair competition in the form of violation of a trade secret. It also deleted Art. 11(2) of the act, which said that an act of unfair competition in the form of breach of a trade secret can also be committed by someone who performs work under an employment relationship or other legal relationship for three years following the end of the relationship unless the agreement states otherwise or confidentiality no longer applies.

Removal of this provision was intended to strengthen the protection of trade secrets. The statement of reasons for the bill said that the prior wording narrowed this protection, as it limited the duration of protection applicable to an employee to three years from the end of the employment relationship.

But contrary to the intention, this amendment may result in less protection, because deletion of this provision gives rise to reasonable doubts in interpretation. The question arises whether Art. 11 of the act applies to employees, and where legal grounds can be found for a nondisclosure obligation for former employees when employment comes to an end.

Before the change, this section provided express grounds for applying Art. 11 of the act to employees. Some commentators argue that in principle the Unfair Competition Act applies to businesses, and to other categories of entities only where expressly stated in the act. At the same time, in the case of Art. 11 of the act, one of the arguments for its applicability to employees was the explicit wording of Art. 11(2). The same view is expressed on the basis of a general clause in Art. 3 of the act, stating that action which is a breach of law and good and moral practice is an act of unfair competition if it breaches or endangers the interest of another business or a customer. In the literal sense, to breach the interests of “another” business in the meaning of the Unfair Competition Act, one has to be a business oneself. The legal literature on the range of entities to which the act applies is inconsistent, as the view is also expressed that the broad wording of Art. 11(1) means that it applies to anyone who commits an act of unfair competition, regardless of whether they are a business. As a result, this provision should also apply to an employee or former employee. An employee or former employee in fact has the greatest access to information and in reality poses the greatest threat to confidentiality. This is probably the direction that will be taken in interpreting the amended act.

Before the changes, there was a view in the legal literature that Art. 11(2) of the act required former employees to observe confidentiality, by extending the duration of this obligation for three years following the end of the employment relationship. Clearly, an employee is required to observe confidentiality while employed, under Art. 100 §2(4) of the Labour Code. This requires an employee to keep confidential, in particular, information that could harm the employer if disclosed. Under labour law, however, there is no provision stating expressly that an employee has a nondisclosure obligation once employment ends. Some authors found such a legal obligation in the former Art. 11(2) of the Unfair Competition Act. Deletion of this provision raises the question of the legal grounds for a nondisclosure obligation for former employees.

This is a vital issue, because under the current wording of the Unfair Competition Act, the use or disclosure of a trade secret is an act of unfair competition when the holder does not consent and it is also a breach of an obligation (restriction of disclosure or use) under the act, a legal transaction, or other act. Where there is no law explicitly requiring a former employee to observe confidentiality, the key issue is whether there is an agreement under which the employee has a post-employment confidentiality obligation or there are other legal grounds for this obligation.

Do agreements need to be amended?

In short, the deletion of the provision in question may undermine protection of an employer’s confidential information, contrary to the intended effect. It would be a stretch, and contrary to the aims of the directive, to conclude that due to deletion of par. 2, Art. 11 of the act no longer applies to employees or former employees, but there is cause for reasonable doubt in this regard. For a specific action to be regarded as an act of unfair competition, and to successfully pursue claims under the proposed new version of the Unfair Competition Act, it may be necessary (at least as a precaution) to include a provision in employment contracts expressly imposing a post-employment nondisclosure obligation. 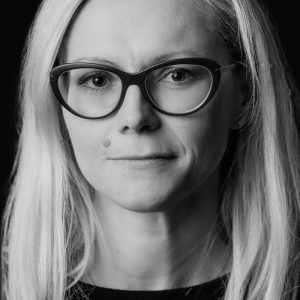